Ekali was an ancient municipality of Athens and belonged to the Leontida tribe. Its inhabitant was named Ekalios. According to tradition, the name is associated with the name of a woman named Ekali. As Plutarch says, as Theseus went to Marathon, to catch the famous bull that caused great damage to the area, the weather was really bad. Thus, the Athenian king sought refuge in the hut of an old woman, called Ekali. The old woman promised Theseus that she would sacrifice to Zeus for the success of his mission. When Theseus caught the bull, he returned to the hut, but found the old woman dead. Grateful for her sacrifice, he later created the sanctuary of Ekaliou Dios and named the region Ekali where he created the homonymous municipality.

Ekali is an affluent suburb of Athens at the western end of the forested Penteli mountain range and 16km northeast of Athens city centre . Located to the north of the city centre, it is a green and lush area.

Distnace from important points of interest:

You may also like
Our Partners
Our operations and performance are both closely linked to those of our selected partners, we are creating partnerships with suppliers,... 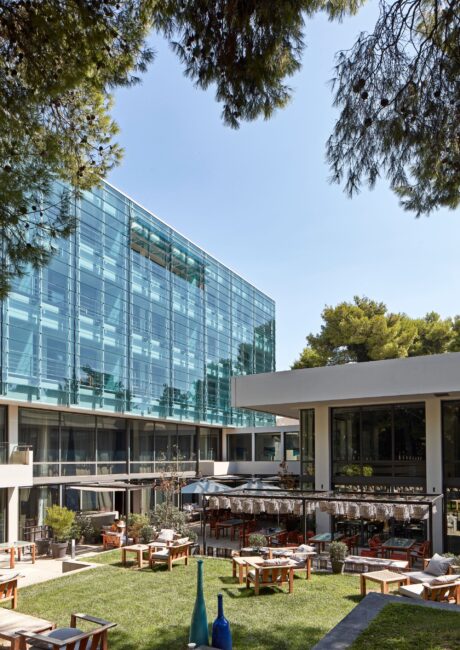 Design & Concept
Situated in the northern suburbs of Athens in the sophisticated area of Ekali, Life Gallery athens is a boutique 5...
© Copyright 2023 Life Gallery Boutique Hotel Athens All Rights Reserved | Web Design & Development by .LifeThink
Back To Top
×